Amandus Ivanschiz (1727–1758), was a Pauline Father and composer, active in Austria. Among his numerous surviving works, written in distinctly early Classical style there are masses, litanies, and symphonies, but there are also string trios, arias written to religious texts, settings of Marian antiphons, a Te Deum, vespers and cantatas. The composition printed in this volume is one of Ivanschiz’s best-known litanies. It has been preserved in at least 12 sources, i. e. at Marian shrine in Święta Lipka, which was under Jesuit care in the 17th and 18th centuries. The Society of Jesus also significantly contributed to the dissemination of the Litany of Loreto, which was a part of the Counter-Reformation’s commitment to the promotion of the Marian cult.

The work can be dowloaded from the series C subpage. 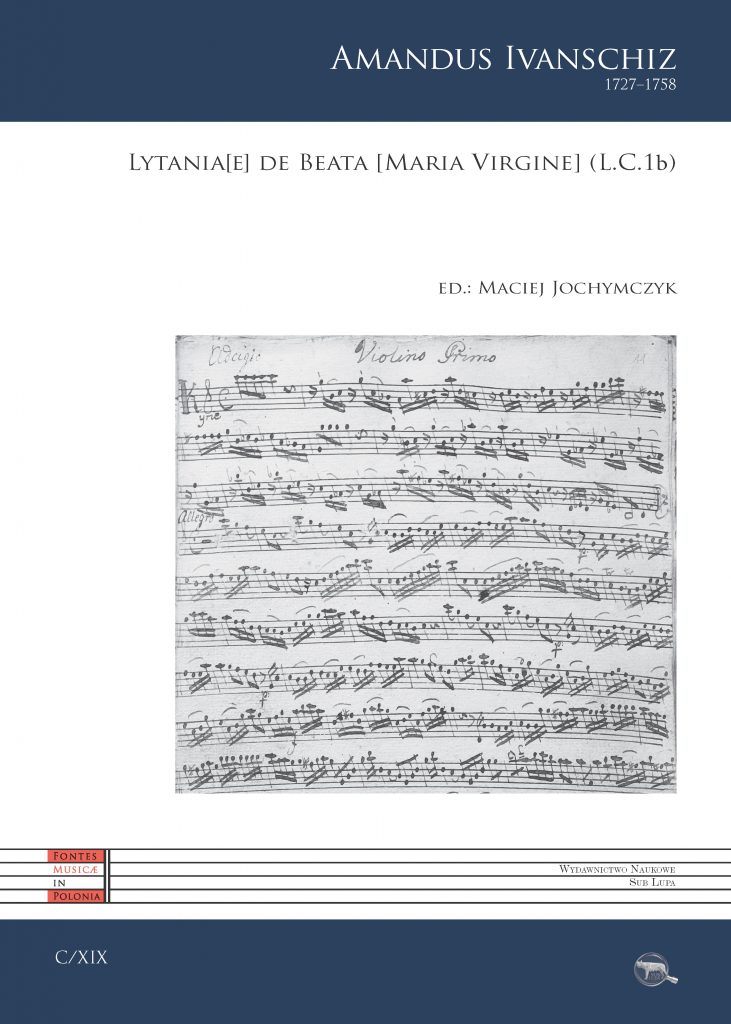